FOSSIL detects JTs and TNOs by searching for objects which move relative to the background stars in a sequence of images. The images below show a JT and a TNO discovered in FOSSIL I fields.

The FOSSIL I spanned a maximum of four nights, so the orbital information could not be secured. Instead, we use their rates of motion across the sky to determine to which minor body population they belong. As can be seen on the plot below, NEAs, MBAs, Hildas, JTs, centaurs, and TNOs can be separated using their relative velocities in ecliptic coordinates.

Figure 3. The relative velocities in ecliptic coordinates of the objects detected in FOSSIL I.

FOSSIL I has detected 1241 JTs with detections in five or more epochs were chosen, 1178 of which were previously unknown. The vast majority of the detected JTs have diameters D< 10 km, a parameter space which until now has been completely unexplored. From these lightcurves, we obtained 40 double-peaked folded lightcurves that passed our selection criteria. In addition, we found 13 single-peaked folded lightcurves from which we were able to recalculate double-peaked lightcurves. We found a number of objects with periods near 4 hours, significantly lower than the previous limit of 5 hours. This new limit suggests a bulk density of ≈0.9g/cm 3 for JTs. 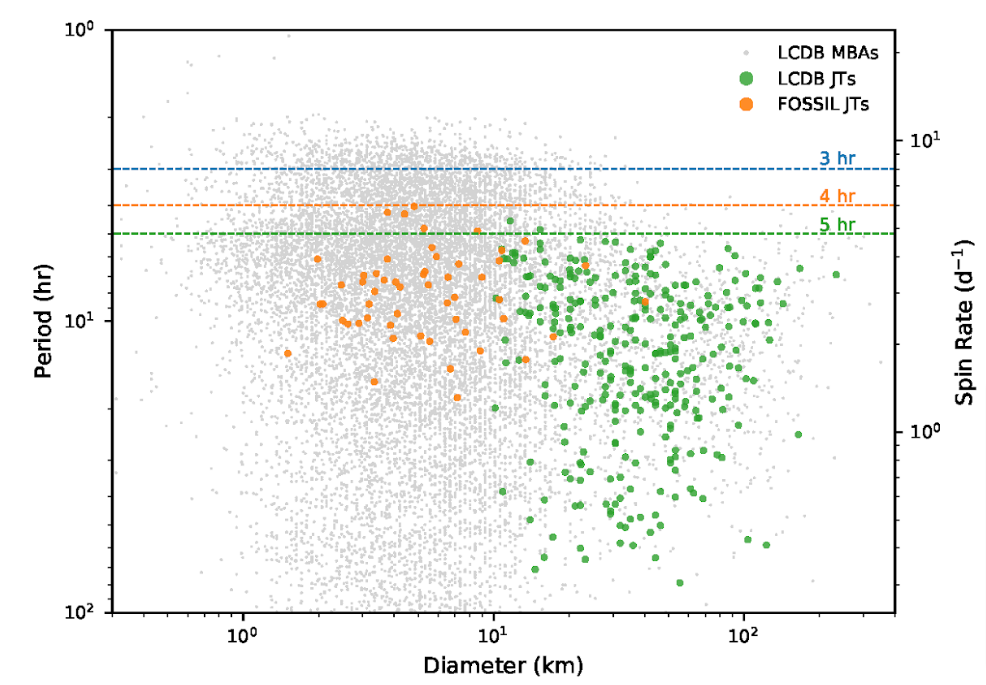 Figure 4. The brightness variation amplitude vs spin rate for the JTs (left) and the spin rate vs diameters for the JTs (right) . The green dots indicate previously known objects and the orange dots show the JTs discovered by FOSSIL. [Click to enlarge]

FOSSIL I also detected 315 Hildas with detections at five or more epochs, including 288 previously unknown objects. From the lightcurves of the 315 FOSSIL Hildas, 12 double peaked and 5 single folded lightcurves were obtained, mostly for the Hilda diameters of 1 km < D < 3km. Assuming a rubble-pile internal structure, a bulk density of ≈1.5 g cm−3 is required to maintain this 3 hr limit, a value similar to the bulk density of 1.33 g cm−3 of C-type asteroids. This suggests that the number of C-type asteroids in the Hilda population is higher than expected and the 3 hr spin-rate limit of the Hildas simply reflects that of C-type asteroids. Among the 17 FOSSIL Hildas with measured rotation periods, we have identified the first Hilda SFR (FOSSIL object FSAU02020328). This Hilda has a rotation period of 1.633 hr and an estimated diameter of 0.7 km. Considering its fast rotation and relatively large diameter, FSAU02020328 is unlikely to be explained by a rubble-pile or monolithic structure. Instead, it is more likely to be a cohesive body with a cohesion level around ∼100 Pa. 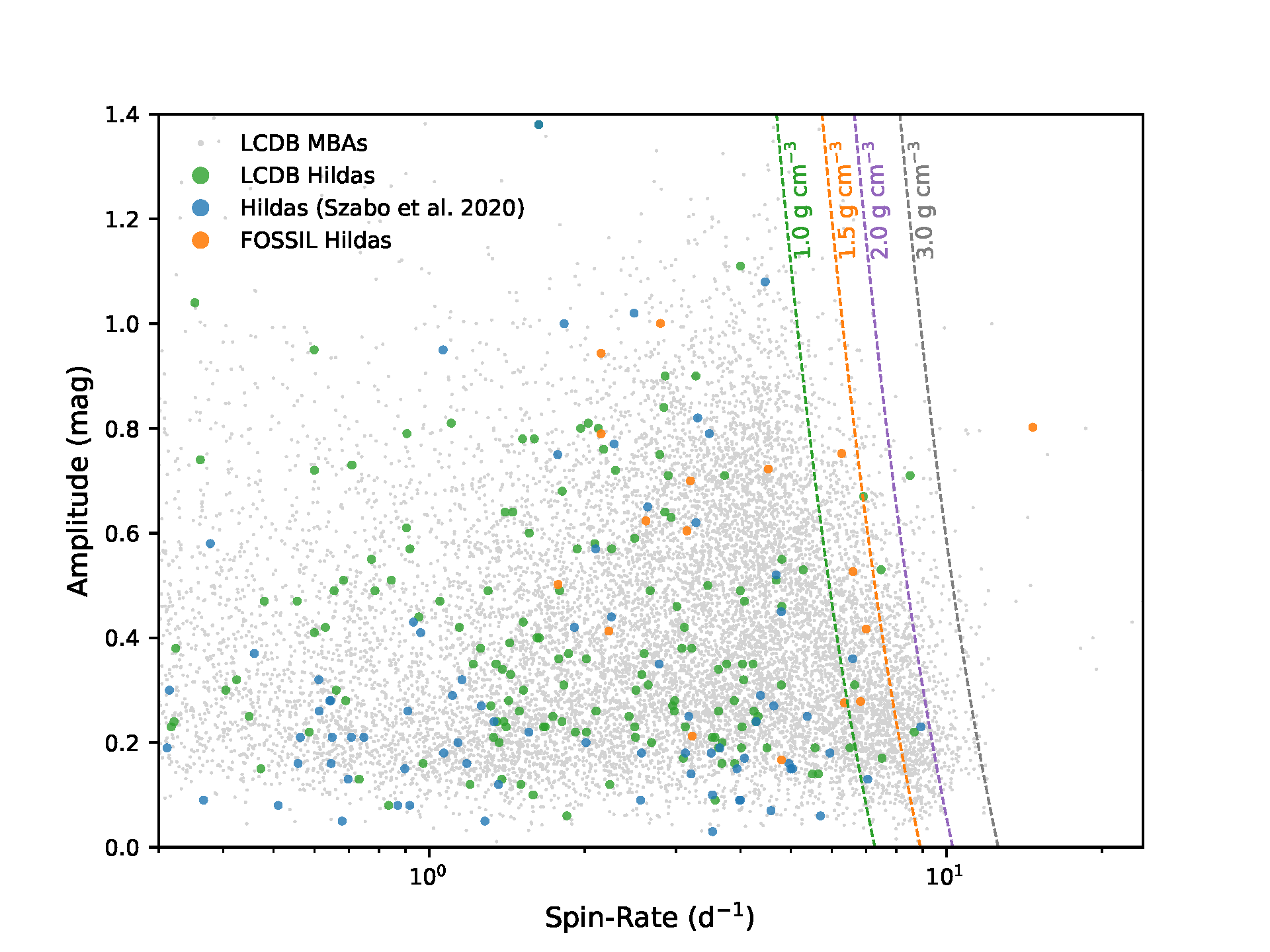 Figure 5. The brightness variation amplitude vs spin rate for the Hildas (left) and the spin rate vs diameters for the Hildas (right) . The green and blue dots indicate previously known Hildas and the orange dots show the Hildas discovered by FOSSIL. Note that the background dots are the known MBAs. [Click to enlarge]

Meanwhile, more analysis of FOSSIL I is on-going to study other interesting topics, for example, the size distribution of JTs and Hildas as well as the rotational periods of TNOs, Centaurs and main belt asteroids, etc. Stay tuned for more results from FOSSIL I.

Summary of FOSSIL Phase I Detections

All data from 2020 have been analyzed. So far,FOSSIL has found: